In Thr33s [Lessons From The Future] 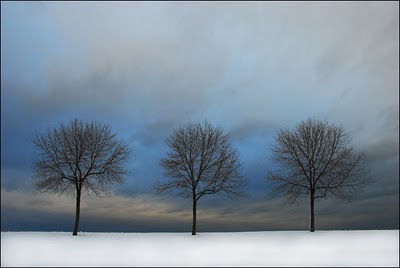 After cleaning out the cob-webs on this blog, I think it’s about time I offered a proper apology for how long it’s been since my last post. There are a few things I do better than making excuses – but, maybe the excuses should come later. Let’s just say I’ve been tied-up with acclimatizing and some “mandatory” work. Thanx for understanding. Now, let’s move on.

“I am not afraid of tomorrow, for I have seen yesterday and I love today” – William Allen White

One day, while I was packing my bags for my long trip across the face of Nigeria, my sis walked in and handed me a white “Brasil” shirt. It was a true beauty – moreso because of all the “tourist colours” scattered on it. I hurriedly tried it on for size but was soon halted in my tracks. How awkward; I thought I noticed a red stain on the left shoulder. I soon realized it was a deliberate inscription – a set of numbers: three 1s and a 3 written directly over the 1 in the centre. My curiosity escalated in that moment. Three 1s and a 3? What could this code mean? I quickly shot her a suggestive glance but she didn’t seem to get the message. Was I being made to market some merchandise without my express consent? For a dude whose final year project involved the generation and utilization of a pseudo-random algorithm, maybe a little more was expected of me. Well, we all get clueless every now and then. So, don’t blame me! After seeing how much I stared at that part of the shirt, she was finally moved to explain the “3 in three 1s”. I bet you can guess what she said. She simply read the inscription: “three in one“. How dumb did I feel!

It’s not strange that many attach some sentimental significance to the number 3 – but when Sgt. Auwal yelled out “cover up in threes” in camp, it was probably due to nothing else but a lack of parade-ground space. Still, did it have to be 3? Couldn’t it have been “gimme one single file” or “double this bloody line”?

I’m betting you’re familiar with the three-fold description of a human being as the intersection of body, soul and spirit – but that sounds pretty “ultimate”. Haven’t you ever experienced life in threes? Like the “third time lucky” thing? Or you’ve ever wondered why it’s morning, noon and night? Ever heard of anyone with “quadriplary” education? Somewhere at the back of our minds, we all question this phenom and, if there’s one dude who should know a thing or three about this, it’s would be Musa Oladele.

Mr Oladele was not the biggest fan of the embarrassing “my names are …” phrase. In fact, he hated it so badly that he planned to give each child of his only one name – a first and only name. Of course, it’s for man to propose. The divine forces just smile at the seeming closure we give distant events we have little control over. As it happened, that name wasn’t even his to choose.

Mr Oladele was a businessman who traveled fairly often – and far. Sometimes, his business involved travelling by boat to get the best quality fish for ever-demanding customers. On one of such trips, the boat he was in ran into major turbulence and eventually turned over. There had been some small-talk about the insufficiency of life-jackets but no one paid it much attention as they were all too busy airing and hearing jokes about the “Hausa” ferryman. A fat Igbo man appeared to be at the centre of it all.

“Nna, young man, I really hope you know what you’re doing. I no sabi wetin consign aboki consign boat”.  The ferryman’s claims of being Kanuri and not Hausa only added fuel to the fire. The fat man continued, “Ehen? Wetin be the difference? No be the same cow-piss all of una dey drink?”. At that point, the tiny packets of giggles erupted into full laughter. Mr Oladele had never been known to miss a good speaking opportunity, so he weighed in from the other end with “Mai-suya to nta spare part!”. Again, everybody laughed. The ferryman just continued to wear his polite look. There had not been any record of a mishap on that route for over four decades, so no one had anything but thoughts of a busy market-day on their minds. Even when the waves began their assault, turning back was the last thing they considered. But then, one particular wave struck the boat really hard, bringing ineffable panic with it. In a flash, it was all bubbles and morphed noise as the capsized passengers grabbed at any and every thing to stay afloat. They say a drowning man dips thrice – and I presume it’s usually in this order: Plunge 1: Vehement Denial. Plunge 2: Reluctant Consideration. Plunge 3: Sober Acceptance. Mr Oladele was more than half-way through the third phase when a hand reached out to him from above and helped him onto a floating plank. It was the “hausa” ferryman; the one whose swimming credentials they had all mocked in concert. With a programmed look, diluted with an ounce of pity, the man removed his orange life-jacket and put it on the awe-struck businessman.

That was the nerviest encounter of Mr Oladele’s life yet as he could feel death himself snarling and tugging at his heels. As he recited the twenty-third psalm about the millionth time, he made up his mind never to let go of the floating log – no matter how hard death and/or fear pulled. The “swim” felt like forever but finally, he made it to shore; to a reception fraught with agitated tears – an eerie reminder that he was among the lucky. As warranted by the circumstance, he got more attention than he ever did in his entire life, with just about everyone stopping over to offer him some tea or hand him a fresh item of clothing – or say a kind word. Still, he couldn’t help being distracted as he sub-consciously kept looking out for the life guard. On several occasions, he was convinced he saw his “saviour” swim valiantly ashore – but that moment never came. As the final batch of rescuers returned empty-handed, Mr Oladele was informed there were only two survivors – and the life-guard wasn’t one of them. He grabbed the life-jacket from beside him and broke down in uncontrollable tears. What sort of man would give his life for an arrogant stranger? As his eyes poured out oceans of tears, all they could see – imprinted on the jacket – was the name of its former owner: “Musa Kyari”. In that sober moment of genuine introspection, Mr Oladele decided that if he was ever going to have a child, it would carry the name of the man who, literally, handed him a tomorrow. If it was a boy, he would be called “Musa”; a girl, “Kyari“! It didn’t matter to him what those names meant. They would only serve to forever remind him that a mortal can live larger than life.

As events of the future would unfold, Mr Oladele had only one child – a son. Of course, Musa was the ready name – but contrary to his original plans, his wife didn’t allow that to be his only name. She lobbied and threw tantrums until he agreed to include one more name – her late father’s. That’s exactly how the boy got to be known as Musa Emeka Oladele!

Musa had a fairly normal childhood; doing normal kid-stuff. Like the average kid, he had a lot of childhood aliases: “Superman”, “Bobo”, “Pingu” and whatever action-hero the cartoon channel cared to show. It, however, wasn’t until his first year in secondary school that he got one that really stuck – MEO! If his secondary education was a flight session, the pilot would probably only enter “nothing to report” in the flight-log. The only notable thing MEO recalled from those days was how his dad’s words could get him to move mountains. His dad could wield the tongue-sword equally aptly for praise and chastisement, but since there was more rebuke to be had than all else, he soon began to dread the words.

A major benchmark in MEO’s life was his 18th birthday. It wasn’t so much for the party or the era of relaxed rules that followed. It was what happened very early on the day. It was barely 2am and he was just reaching sleep’s elevated tiers after spending much of the previous night putting last-minute touches to his birthday plans. A firm but gentle grip shook him out of whatever dreams he was having. It was his dad – and his words were simple: “Follow me. We need to talk”. It was a “first” for MEO. A mid-night conversation with his father? The party wasn’t to start till later in the day, so what did his father have to say that couldn’t wait? His mind was plunged deeper into confusion when his dad refused his rational plea to bring a torch along. Was this a customary family initiation of some sort? He quickly followed his dad’s example of sitting judo-style on the bare floor beside the garage before the old man unpacked his mind.

With an unusual lack of pace, he spoke in such a manner that his every word was distinct; sharpened for impact. He said:

“You will only hear these words once. I hope, twenty, forty years from now, when they play again in your head, they will herald tears of joy and not regret!

The world is round, the world is flat. In truth, it’s whatever shape you make it.

Feed your mind like a horse for battle – for whatever confounds this member defeats your entire being.

The story continues! Stay tuned for “In Thr33s: A Hole in the Kite“

This entry was posted in Life, Selflessness, Stereotypes. Bookmark the permalink.

3 Responses to In Thr33s [Lessons From The Future]

Somewhere between 6' Tall and 6' under