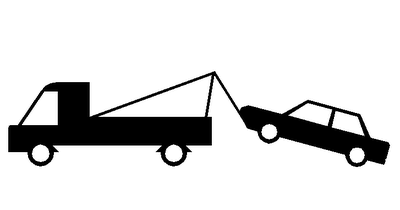 [Image Source]
My most sincere apologies for the perilous silence. There have been lots of battles in the young man’s life; maybe “Tears of a Clown” would shed some light. Really miss being up here,  though – and I’m sure glad you stopped by again. Today’s issue, …….
Major: Colonel, on behalf of the General, accept my apologies for interrupting your vacation.
Colonel: Get right to it, Major!
Major: Sir, your country needs you. We’ve got a high-risk job. Off-the-radar; strictly need-to-know!
Colonel: You better tell me all you know. I’m not up for games.
Major: Aye, Sir! High-profile automobile broken down behind enemy lines. We need a discrete evacuation. High odds; nothing like you’ve ever done before.
Colonel: I’ve seen it all, son. Still, I’m not the type to turn down an offer to die famous. Lay it bare.
Major: Operation Tulip, sir. You’ll proceed to the red zone with Omega, then….
Colonel: You must have me confused with someone else. I don’t do partners. 72 missions without one; I won’t start today. Patch me through to your ranking officer immediately.
Major: We’re aware of your preference, sir, but the favour we request is your agreeing to have a partner on this. It really is a job for two. If you still wanna meet my superior, sir, he’d be waiting in the car. He’s Omega.
Colonel: Major, you mean to tell me the ranking officer in charge of this mission is to be my partner? Something’s not right, here! You best not be funning me. Tell you what: I smell a rat’s arse out there – and I’d make sure you don’t see Christmas.
Major: I’m on your side, Colonel. Ready if you are.
Colonel: Get my bloody helmet!

Disclaimer: If you don’t believe in God, please look for the “close page” button and use it!

“Accept the place the divine providence has found for you, the society of contemporaries, the connection of events” – R.W. Emerson

“We cannot know what the future holds. We can only teach ourselves not to snatch” – Imisi

It’s easy to infer that this is a job. What may not be so obvious are the stakes. Is it obvious that somebody’s office reputation and subsequent pay-check may be on the line? Can it be deduced that, with the introduction of the mildest dose of errors, costs could spiral out of control? Do you know how much LASTMA guys actually charge to release impounded cars? Have you met anyone who fell off the third mainland bridge and lived to brag about his swimming? One million questions and counting; still, let’s take a quick moment to paint a fitting picture.

Imagine that you work in a multi-national, where, as usual, a lot goes into your final assessment. Now, the boss of your division – a Swiss citizen – is in town and has asked you to show him around for the weekend. You don’t bat an eye at his demands for clubbing, watching movies and all. Then, he asks that you take him to your church on Sunday.

You’re excited, as it sounds like a pretty good opportunity to make a good out-of-office impression. Don’t we all know how well those “little” things work their ways into the all-important official assessment? You tell him your service starts for 10am and make plans for his driver to get him over to yours. It’s all looking good – except your car breaks down on your way back home on Saturday evening. Now, you live on the Mainland – and your car chose to flirt with LASTMA somewhere on the island. Knowing how efficient the naija system is, coupled with our prevalent religiousness, you could tell with a fair amount of certainty that the car could only be safely ‘rescued’ before Sunday afternoon. By then, “awon boys” would have totally forgotten all they heard in church – and be ready for any ‘meat’ that came along.

Now assume “you”, as I’ve so far used it, is the pal I stay with; a pencil of a man. Easily overlooked for any physical endeavour – but by far the best driver I’ve met. This dude has done 200kmph in an old-school Mazda 626 on a Nigerian expressway. He’s parked a car in a space I swore a bike would never fit. In fact, up till a while ago, my proudest moment alive was when he looked at me and said “good driving” after a high-speed manoeuvre. He’s, by all counts, my driving mentor – and even I, the mentee, am quite something behind the wheel. Now, he was in the fix – and I was on hand to help.

So, the plan: Loan his pop’s monstrous Grand Cherokee and, with it, race to his Sister’s house. There, we’d pick another car for pop to get back with. Then, we’d head for the Island – still with the 10 o’clock appointment in mind.

Our only acceptable definition of success was to get the car back home (that’s from Ozumba Mbadiwe, VI to 7-Up, Oregun) intact, without paying up/off* law enforcement agents (LASTMA or Road-Safety) and to be back in time for his unofficial punctuality assessment!

It sounded like just the perfect job for our X-rated driving skills; the only problem was with the rope we took along. It was improvised – and we had very little confidence in it. We arrived on the island and quickly installed the improvised towing rope we brought. A certain man predicted the misery of our next few moments. His name was Murphy – and he said “when anything can go wrong, it will”. What did his prediction mean? The rope snapped thrice in four hundred metres – the last, right in the middle of a busy junction. Oops!!!

You’re not very wrong to pity us at this point – but we had only just begun. Did I mention anything about the skies that were crying for us too? It took another 30 minutes of getting drenched to borrow a worthy towing rope and get back to our original mission.

My pal had the ‘huge’ task of driving the overly capable Grand Cherokee while my little part was to handle the towed car. It would have been a simple task if the brake, horn, wipers and power steering had remained functional. You guessed right; they hadn’t.

I don’t presume there’s too much difficulty in driving the towing vehicle; I would have loved it – but that wasn’t to be my lot. Instead, I was stuck in the “naut-so-mobile” behind; all senses taut with alertness, controlling a car being towed (sometimes at 80 km/h) in heavy rain. Dead battery, no wipers, horn or hazard trafficator, frozen-stiff brakes and steering – and just 1.5 metres of cable between my tower and I. You can summarize my situation by saying I was running blind on a very short leash.

There’s the reason they say “Option B is usually costlier than option A”. Implication? Adding the peculiarity of the new towing rope to the previous cocktail of problems, there was no logical way to get home with both bumpers intact. It was truly an impossible task. I had to read every move of my tower’s with precision; turn when he does, slow down (almost) before he does. The rain wasn’t to be an excuse.

Strangely, though, after the first few bends, I grew into the ‘job’ – the possibility of falling blindly off the bridge was no longer that scary. I reminded myself that I had absolute trust in the guy up front – being one of the best in the game of adrenaline driving.

It was at that point that the strangest thing happened. I had thought I was alone in the car – but there was a distinct voice behind me. It said “if you can trust a man so much with your life, why is it so hard to trust me with your future”? Yea, forgive me for neglecting to mention how many of life’s challenges I was battling at the time. Career choices, education, aligning passion with will-power, attempting to predict the future, the list is endless. And, you know jolly well how those come with anxiety, sleepless nights and weight-loss!

Back to job: We got home in fairly good time. And, after a masculine display of sincere appreciation and achievement, my pal flipped clothes and headed out to meet his boss. There was no time for a bath. I, on the other hand, had heard my sermon for the week. There’s only so much planning and worrying our little heads can take; maybe it’s time to trust the one who spent nine whole months (and more) putting it all together!

This entry was posted in Providence, Trust. Bookmark the permalink.

14 Responses to The Tow Job