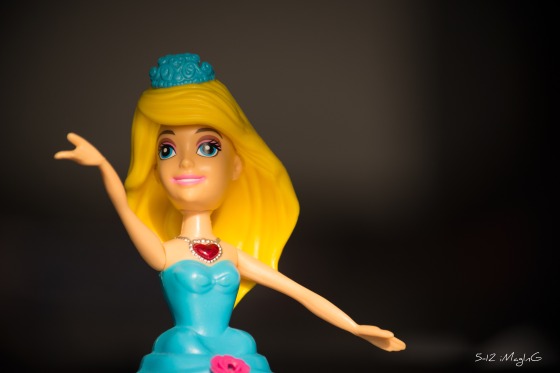 “So it’s true, when all is said and done, grief is the price we pay for love.” ~ E.A. Bucchianeri

“Maybe I was destined to forever fall in love with people I couldn’t have. Maybe there’s a whole assortment of impossible people waiting for me to find them. Waiting to make me feel the same impossibility over and over again.” ~ C. R. Brunt

So, I read this story on Twitter sometime ago. One of those tragic love ones, where one party leaves and the other is left forever stuck in a self-destructing whirlwind. It’s made me do quite a bit of thinking. I’ve been wondering how a human – hard as it is to know what we want in and for ourselves – can know what they want in others. About the fine line between love and hurt – and the endless battles between head and heart.

Long before it became common for partners to stab each other in the neck , I dreamt – many times during the same night – that it happened to me. Crazy – but much realer. My potential stabber was in a room only a few feet down the hall. I’ve had a few scary nights in my day, but that one ranks right up there with the worst – and for good reason. This was love gone bad – and the signs pointed to the very worst. Though it didn’t happen, I often wonder how we got it so wrong. How did something so beautiful turn out as toxic (in expectation or reality)? Was it A; was it B? Or was it the fact of A and B?

The formula for communication channels easily shows how things can quickly get complicated as the number of involvements increases. In essence, communication with self should require least effort. But, we easily confuse ease with accuracy. While it’s significantly easier to undergo personal reflection than to host a Skype session, resolutions from the former are hardly as clear. Even after the fact of an ‘easy’ conversation with one’s self, do we really see the truth? Can we then tell it to ourselves? Would we then go beyond to accept and act on it?

Humans, by nature, are as convoluted as they come. Add to that the fact that our realities are always changing – and you can quickly see why there probably isn’t a template answer to some of the questions above. The “truth” about ourselves today can be just as wrong tomorrow. In the simplest of analogies, time changes – and with it, our realities. In an alternate and more complicated universe, we ourselves change – and further change an already changing reality.

Everyone knows how I’ve wanted to be at least ten different things over the past decade (shortened list includes pilot, boxer and footballer). Each felt remarkably ‘true’ at its own time. Even now, despite being invested in a career, I still struggle everyday towards self-discovery. Makes me wonder: if it really is so hard to know who we are, how can we be sure of what we want?

I’ve seen kids wail for candy – only to waste it half-way. I’ve seen people invest the better part of a decade into obtaining a medical degree – only to find out they’d rather be economic analysts. I’ve seen people marry for double that time, and finally realise they prefer to be single. We’ve all seen people work hard to amass a fortune – only to give it all away; voluntarily! Have you ever made a meal whilst dangerously hungry? How much of it could you eat? How did you feel two weeks after buying that dream car / gadget / pair of shoes? A friend recently spent a quarter of a million on one of the new fancy phones. He sold it off in two weeks. Think of the most outlandish end to any pursuit – and it probably already happened in your neighbourhood!

Let’s stretch that thread ever so slightly. Have you ever broken up with someone you really loved? Had a resonating chat with a friend the other day about the love he couldn’t have. He was just rounding off service when he met this amazing lady from one part of the country where women are schooled in caring for their husbands. She’d take off his jacket and shoes as he stepped in from wherever. A foot massage usually followed, and then a sumptuous meal. There was a very well-to-do lady at the prime of her career.

Despite a long line of admirers, he was her choice. She gave and did everything. My pal was in heaven (his words). Then, he woke up one morning and realised he could not give her what she deserved. He was 21 and hadn’t even nailed down a job. She was touching 30, established and looking to settle down. He was devastated at his decision – and she, more so – but figured it was for the best. He’d cry his eyes out just thinking how hurt she must be – but he wanted her to be happy, someplace where she deserved.

Were it not a true story, we could have permuted the end to suit viewer pleasure. But one can never know – unless you’re right ‘there’. Haven’t you ever met someone that connected with you on all levels – physical, mental, emotional, celestial and otherwise – yet, you’re not together and maybe never were?

In my folly, I’ve been in more relationships than I’m proud of. And, except for a few that were “just for the flow”, each had felt like the real deal going in. “Finally”, “This is it” – until you find it’s never that simple. You’ve misjudged yourself, you’ve misread them, the you they see is fiction to the you you know. You’ve been foolish; you can’t accord them the priority they deserve. Or you find all you really wanted was the status – not the responsibility. Or, maybe life suddenly forces you down a dark and narrow tunnel that few would venture with you.

This one time, I was with a partner who expected me to fight for her. No hassles – except it was at the very peak of my own battles! In the rare moments when I had some strength to spare, it went into reserve for a bigger war that I knew was coming. How do you drag the one you love into a war you’re not sure to survive? She needed me to help find her path – but I was just as lost in this changing world. Basic wisdom suggests that the blind keep from leading their kind. Despite the closeness of an embrace, life had us trapped in different worlds. No surprise that we’re no longer together.

Would I still have ventured if I knew how things would turn out? Per logic, maybe not. But how much of our lives is driven by logic? How good are we at balancing between objective reality and subjective sentiment? Here’s a guy who once spent his last coin on a pair of Adidas Predator soccer shoes, well aware that he’d have to walk to work. If you’re thinking I could, at least, have waited and saved up, I now think so too. But things are hardly that clear in the moment.

Has your heart ever said one thing, and your head another? How did you call it? Which did you go with? More importantly, at what point do you make the call: before, during or after (i.e. ‘letting history decide’ – as is the case with many abusive and terminal relationships)?

For instance, if you’re the type who can spot a breakup before you’re even in, I’d like to know how you know. It’s only rational that people put their best foot forward; in business, relationships, etc. How do you know that whatever comes after – more of the same or the precise opposite – just wouldn’t work for you? How do you keep thoughts of what could have been at bay? With what chains do you shackle curiosity?

For the larger chunk of us who get in before realizing our error, at what point does reality kick in? If you’re not to double down on a bad bet, at what point do you call it quits? And how do you deal with the backlash, the name-calling, the guilt, drama and potential loss of friends?

Yes, you love them – but, no, the show can’t go on – for whatever reason. Have you been there? Please share.

PS – You may be wondering how it is that I haven’t written a post in forever, yet I come back asking a bunch of silly questions. The nerve, eh? Now, more than ever, I realise there’s so much I yet do not know about our world. I really like to learn something on this one.

Merry Christmas in advance. I may yet share something silly before the year runs out (fingers crossed). If not, here’s wishing you a happy new year in advance.

This entry was posted in Life, Love, Relationship, Truth, Uncategorized. Bookmark the permalink.

Somewhere between 6' tall and 6' under