The Audacity of Nope 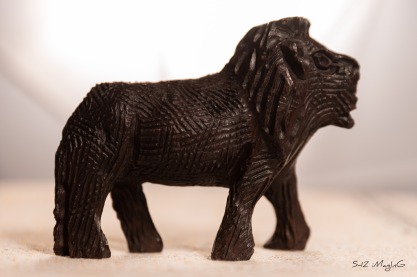 Hi, and welcome to #DeMeStified. Wanted to post this (and maybe one more) before the year ran out. In a sense, it’s a reflection of recent events. In another, it’s a reflection on them. It’s more asking than telling. So, if you’ve got answers, kindly share.

“Plants are more courageous than almost all human beings: an orange tree would rather die than produce lemons” ~ Mokokoma Mokhonoana

“The test of courage comes when we are in the minority” ~ Ralph W. Sockman

“Sometimes “No” is the kindest word” ~ Vironika Tugaleva

It’s been a rather eventful year, this; with lots to feel and learn from. It’s mostly come in seasons; so I can’t say there’s been any one theme for the entire year. But the past eight weeks have seemed rather consistent in the amount of disappointment they brought.

I’ve had the door slammed in my face so many times, I’m starting to appreciate not having a long nose. The “No” has come in all shades and tones: “Sorry, but….”. “Unfortunately, …..”. “We regret to inform you that….”.

If my world were defined by events of the past eight weeks alone, then maybe I can conclude that ‘no’ is the easiest thing to say. Broader experience, however, says otherwise – particularly when we’re not afforded the anonymity of an email address.

Many years ago, I stumbled on a little book about half the size of a regular notebook. It was titled something along the lines of “511 Tips on How to Live a Happy Life”. The book made for a curious read to my young mind; and there are three points I remember the most from it.

The first was to join a softball (always read it as “football”) league. This makes obvious sense. Your body will thank you. The second was a little more curious; it said to own a convertible at some point in one’s life. I never quite understood that one. The quack engineer in me only sees the extra moving parts as potential fault lines. I guess being in a convertible helps appreciate nature’s beauty on the move. Still, I’ve been pooped on twice by bats; so you understand my skepticism.

Despite the weirdness of the second, the third point was what I found most striking at the time. It said to not lend money to friends, as there was a high risk of losing both. I wasn’t at the age when I had any money to lend to friends. So, lacking any real-life experience, it left me more confused than enlightened. Did it really happen or was the author just making stuff up?

A few real-life stories later, I understood what the author meant perfectly – and swore to never lend money to friends. For context, I’m not silver-spoon grade. While I hope to be fairly rich someday, present reality often sees me stuck on broke street. In fact, I was so broke recently that a security guard offered to pay my electricity bill. So, understandably, I’ve been bailed out by loans more frequently than I care to admit. I’ve also had to play lender a few times – without ever letting go of that golden rule.

You want to know something really interesting? Almost everyone I know has the same rule. Still, the number of ‘friendships’ broken up by unpaid debts is ridiculously alarming. I’ve been burnt fairly crispy a few times, myself. It would seem that, despite knowing better, we fall flat at the slightest excuse. And, it’ll be naïve to think this is only true of lending money to friends.

I was listening to a few analysts dissect the problem with millennials. The recurrent descriptors were along the lines of “entitled”, “narcissistic”, and “tough to manage”. To summarise, we’re mostly regarded as a bunch of spoilt tykes, raised in one of the most boisterous eras of human existence; most of whom only know austerity by hearsay – and, worse, whose parents have come by the notion that the more they give us, the happier we’ll be.

Evidence has shown that last part to be particularly untrue. In stark contrast to our parents’ best intentions, we’ve become overly demanding, tragically ungrateful and summarily insatiable. The gift that kept on giving, rather than make us happy, has become the very curse that plagues us. One particular analyst says we could have done with a lot more of ‘Vitamin N’ (No).

Now, I haven’t got even the slightest clue about parenting. Still, I’ve heard fairly authoritative sources on parenting mirror that sentiment. In the broader context, it’s said that one learns more through adversity than ease; in failure than success. Empirically, there’s a growing number of successful people who credit their rise to the steep adversity they faced early on. Regardless, many would rather their children didn’t have to go through the same or similar.

Imagine the media frenzy when news broke that Bill Gates would not be leaving his fortunes to his children. In his words, “it would mean that they have to find their own way”. It’s not the easiest thing to do in a world where everyone is seeking comparative advantage. I bet many still think he’s crazy.

It all just makes me wonder why it can be so hard to say no – to ourselves, to others or to distractions I’ve heard it said that “do not” resolutions are the easiest to break. How often do you get so engrossed in work that you miss a meal or two? Now, call an actual fast and see how much harder it gets. Notice how much more attractive everyone gets once you’re in a relationship? The moment boundaries become conscious, the struggle takes on a new dimension. It’s usually only a short walk from there to breaking rank.

The moment you start that a savings program, a new iPhone is launched, friends invite you to their weekly hangout and your cousin’s in-law wants you as chief bridesmaid. It’s usually at that point as well that you get most irritated by your car’s squeaky horn and suddenly recall that the spare key is crooked. Of course, your brain does the math and tell you all of the above are life threatening. You’d die if you don’t attend to each and every one.

You’re a media personality, so it’s critical to project the right image. You’ve also always wanted to be at that elite weekly hangout. This could definitely be that boost up the social ladder you always wanted. Of course, you can’t have your car horn sounding like a strangled turkey; could put the elite class off. Image, sir! And, about your cousin’s in-law: such a lovely soul. It would be a real shame to turn down her very first request of you. Just the ticket and the three dresses to pay for. At least, the dresses are yours afterwards. Maybe the savings program can wait another month – or two.

It’s not a concept I fully understand. Is it empathy, a deficiency of self-will or a chronic desire for conformity? Are we simply addicted to towing the path of least resistance? Could it also be a dose of kamikaze: toying with fire for the thrill of it? Why do we do it when every sense of where we’re headed says otherwise? Why can’t we do it when all we know says it the right thing to do?

Have we as a species become addicted to the brownie points to be earned from bending to people’s every request? Maybe we want to be herd creatures and “team players”. Question is where do we draw the line? When faced with a choice between what’s expedient for our personal objectives and what someone else would simply like, how do we call it? A desire to be loved, a fear of abrasion?

Imagine if Derek Redmond – or his dad Jim – had cared what people would think. He was no underdog going into the 400m semi-finals in Barcelona ‘92. He’d posted the fastest time in the first round and was on course for a grand showing when his hamstring tore mid-race. His race was well and truly over; no magic in the world could have put him back in reckoning. The easy (and logical) thing to do was to let the medics attend to him – but not Derek.

He had made up his mind to finish the race – and nothing was going to stop him. Not the pain, not the awkwardness – and definitely not the fact that some people might have felt he was wasting their time. (He had about 250m to go at this point).

Stationed somewhere in the crowd, watching his son labour in unspeakable pain to reach the line was Jim. He soon barged through protocol to join his son on the tracks when the pain became too much to bear – his more than his son’s. It was by no means decorous as father and son struggled across the finish line. Derek would eventually be disqualified – as he had received help to finish.

One might argue that they did it all for “nothing”, but nothing could be further from the truth. In choosing to defy what was safe and popular, they earned the world’s respect. Derek would never again run for Team Great Britain, but the events of that day are so remarkable that the story is spoken in legend to this day. I’m not even sure many people remember who won the race – only that a certain crazy guy refused to stay down.

The world may never stop having expectations. The key is to remember that no one ever got anywhere decent by attempting to please everyone.

This entry was posted in #512iMagInG, Life, Peer-Pressure and tagged Derek Redmond, Life, No, Peer-Pressure. Bookmark the permalink.

2 Responses to The Audacity of Nope