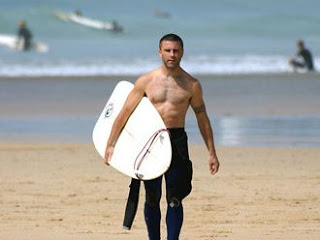 “In my experience, there’s no better judgment than refusing to judge” – Imisi
Sometime in January 2010, calling it the ‘Devil’s frying pan’, I had refused to rsvp for a friend’s wedding in Maiduguri. Now, over a year later, thanks to #NYSC, I begin my long trip away from the city I had come to know for its beauty. I thought of the Lows; the times I was broker than shattered glass, lower than MI’s jeans and thrown further than unwanted trash. I looked upon all the Highs, the joys; the hugs with ‘alien’ brothers, the gifts from total strangers, the monies I gave up for impact, the impact that brought glory, the glory I shared for love, the love I traded for smiles, the smiles I gave for nothing and the nothing I exchanged for more smiles.
As I took it all in, the past eleven months flashed before me. “The people are no-good – intellectually”, “Their government is shit”, “It’s a backward civilization”; whatever hadn’t I said before? I had totally judged the case before the courts even opened. In the end, though, only a very tiny fraction of the notions I packed in my bag on my way in ended up with any substance. The city was not perfect by any standard, but so was I. And, if its imperfections had served to smoothen my flawed edges, I could only be grateful.

As I looked behind on the boisterous city, I remembered the Yoruba bro who dropped me off at the park fairly hurriedly. It was never because I had been to him a bother; rather, that he just couldn’t bear to watch me leave. Though he was much older than I, we had become like brothers. I had taught him to make the nameless but highly tasty soup my Calabar flat-mate had taught to me. His house, car and time had always been at my disposal. We had devised our own methods of passing (work-related) comments during service. We had become a formidable work- and play-force that rarely conceded defeat– but, just like that, with one brief but deep hug, it was all going to change.

I thought of my very lovely half-Hausa lady-friend who had hugged me as tightly as under-sized vest the previous day. I remember how she always ensured I got lion shares of cake and how she baked me a very huge one as a parting gift. And, though she was still an undergraduate living many miles away, she had already become the “mother” of the church; coming a day before to sweep and arrange the church and staying back to tidy up offerings and other accounts. My being around had served to reduce her very crazy workloads but our friendship had been founded on something far less seasonal. This lady had been blessed with a heart large enough for an army; she cared sincerely for everything and everyone around her – and she had learnt to transfer that to her work. You could just leave the work in her care and go to bed. She taught me that comfort and convenience should be ready-martyrs in the quest for results. We had become a team – but, again, just like that, with that parting hug (and cake), my role in that movie was all coming to an end.

I also couldn’t help thinking about my ‘inner circle’, which was made up of an Igbo boy, a Benue boy, a Yoruba boy and a Delta girl. It was with them I spent all my evenings, gisting, arguing, watching movies, discussing women, mopping spilt alcohol and just hanging out. Surprisingly, I hadn’t liked ANY of them at ‘first contact’ – but things turned around when I got to know them. Even at the heat of any of our usually loud arguments, one could always hear the chimes of brotherly love. We had become a family; how often had we cooked rice at the Igbo boy’s place, fetched veggies from mine, gotten boiled eggs from the (other) Yoruba guy’s kitchen and had a ‘buffet’ in front of the Benue boy’s TV? ‘Chance’ had brought us together, but we had learnt to live like the nation’s founding fathers imagined it. I noticed especially how each man’s (or woman’s) “my kitchen” finally became “the kitchen” and how any of us could waltz into another’s room at 2am demanding ‘pure water’. It was truly amazing – but, even that was soon to become a memory, just like that.

I reminisced on the acceptance the soccer-loving street urchins had given me. Many of them lived miserably off the field – but whenever that ball bounced before us, they banished any class-bred complex and made a brother of me. And, though the language could easily have been an issue, they refused to let it; “shikena senior” would usually tell me to let them take the ball from wherever I had brought it. Soon, it began to feel more than ‘just football’.

I remembered my kids in school too, who had tears of different shades in their eyes on learning of my imminent departure. They weren’t just kids; they were bright kids – but even those weren’t bright enough to understand that even good things change sooner or later. We had gotten so used to each other that ‘good-bye’ became terribly hard to say. Most of them were from the north – and couldn’t even pronounce my (simple) name but our relationship had been defined by purpose. I had told them “I’m Imisi, your Maths guide. I’m here to help you along whatever paths you choose” and we had all worked with that. It had never for once mattered that I wasn’t from amongst them. I had become their ‘uncle’ and they my waking thoughts – but, just like that, with one last lecture and the exchange of phone, email and SNS details, it was all going to change.

Thoughts of my CDS group rushed into my head; a real microcosm of the nation it had been. Its executives had included guys and girls from all over the map – but every time a decision was to be reached, group interests and goals always came first. No one ever needed to ask “where are you from again?” before knowing if an idea benefitted the unit or not. We had grown in to a fairly well-knit family; quite often, issues arose, but those were tackled in love. We had all learnt to look forward to our Friday meetings; particularly, the 5-minute talk, when one of us would talk to us on a randomly chosen topic for five minutes. I had come from ‘fortunate inclusion’, through ‘cables boy’ in camp, to become the group’s Editor and number-1 fan. Again, just like that, it was all going to change after one parting speech.

I had taken a ready-shell with me into Maiduguri; one I could always retreat into once things got hot. I hadn’t thought much of northerners. I can’t count how many times I had said the words “I can survive anywhere, but God knows Hausas are not my favourite people” on my way in. Things, however, soon changed upon entry; I realized life was for living and limits for pushing. If the future was not to be a lamentation-in-waiting, I had to drop the tags and see the ‘persons’ before the ‘people’ in my neighbours. If I was going to feel alive and useful, I had to apply myself more than averagely to things.

That meant going for a second job when the first was a sheer waste of mental investment. It also meant going for third and fourth jobs to maximize impact and reach. Living life meant refusing to be ‘random’ wherever I found myself – church, CDS or even at home! It meant pushing the boundaries of what I had previously known as ‘me’. Though that often left me drained in more ways than one, it stretched my former limits and taught me great lessons. It taught me, above all else, that love was genderless and colour-blind; that what truly divides the world is predisposition and not ethnicity. It taught me that time, by nature, was designed to pass by; great minds only have to decide what achievements they want such time-chunks to be remembered by.

On entry, I was callow and naïvely direct on a lot of subjects. If anyone had said I’d EVER miss that city, I’d have argued. Now, just like that, after 11 months, I had learnt that some questions could never be answered with ‘YES or ‘NO’; some things cannot be predicted. What can, is the ‘passability’ of time; tomorrow MUST be 24 hours. Question is: what do you want to remember those for? Maybe it’s time we stopped judging people. It’s not our origins that should divide us; it’s our intentions. There will always be ‘the good’ and ‘the bad’ – but time won’t stop for either. Sooner or later, the stage will change JUST LIKE THAT. Be the best you can wherever, whenever. History may remember where you’re from, but not before what you achieve – unless it’s NOTHING!!!

This entry was posted in EnP CDS, Life, Purpose, Stereotypes. Bookmark the permalink.