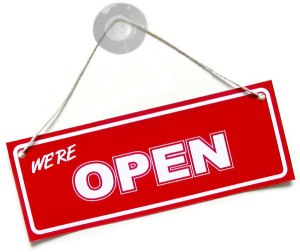 Hi. If you’ve been a long-time follower of #DeMeStified, then the timing of this post might excite [or worry] you. Two posts in as many weeks? Not sure we’ve had that here since 2011!

Every post over the past year has had to contain some form of [subtle] apology for the long preceding silence. Somehow, I get the feeling that’s about to change.

Before we move on, I just gotta say a big “thank you” to all of you who took the time to read [and actually share] Nothing Makes Sense. It was pretty silly [and inconsiderate] of me, really, writing a story backwards. Literally had my heart in my mouth as the post made its way into the blogosphere. And then, the stats started pouring in – and I was amazed.

I didn’t mention in my last post that my pals Busca and RJ lost their dad. [Please spare a thought]. It’s just not what one would call ‘interesting news’. In fact, I was really shattered – but we console ourselves and [try to] move on. #GodKnowsBest.

Today’s big news [if you haven’t already guessed it from the title]: I don port ooooooh! Actually, ‘We Don Port Oooooh’. The last #DeMestified post was on a totally different platform.

Finally found the strength to move to wordpress – and the functionality and interaction here are just awesome. I had worried about content and followership on the old platform. But, I just could never sleep easy with all the complaints I got whenever people tried commenting on the old site. The mobile site had a good dose of issues too. I hope we’d all have a lot more fun here – but of course, the grass is never really greener on any side.

Interestingly, this ‘migration’ is in keeping with what’s been up with me lately. This year alone, I’ve had to ‘restart’ practically everything I’ve been attached to – career, habits, gadgets, friends, address, opinions, … Maybe I should be worried. Gladly, I’m not. If anything, I feel a lot better for it – despite it being a lot of work.

Some thoughts ran across my mind as the idea of the ‘porting’ began to kick in. It’s about time #DeMEStified took on its own identity [and left my name for me and Ms bRinE]. The dot.com has been silent for too long. So, I’ve taken my name back and given it what it deserves – a dot com.

This breath of fresh air makes me feel like doing ‘silly’ stuff. So, I’m looking into a few projects which I’ll share shortly. One of them might involve opening up a new page to discuss certain issues – and how they affect us.

I have to admit, looking back over all those posts brought lots of warm memories. Thanks for always being there. I’m really poor with dates – so I’m not even sure how long it’s been. But, you guys have always been there – fuel to the fire, fan to the flame.

A big thank you to @Temis001, @Som1twisted, @XerxesVII and @SeunAlade for helping with the prelim tests of this new space.

Till the next post [which is sooner than we’re all used to], consider this an introduction to ‘DeMeStified.com’.  Please have fun – and lemme know what you think of this new space.

This entry was posted in Blogging, Change and tagged Blogger, Change, Port, WordPress. Bookmark the permalink.

12 Responses to I Don Port Oh!